In this entry, I’m off to college with two computers that dueled for my heart.

In Fall of 1991, I started college at the University of Florida.

That summer, I’d sold almost all of my vintage computers (the Commodore 64, the TI-99/4A, the VIC-20, and the Apple II+) for spending money.

(Funny story, that: I called in sick to my boss at the inventory service so I could go to a Don Henley concert, and he growled that I didn’t have to show up. When I called him back a week or so later, he told me he’d fired me. That led to one of the best summers of my life, and those computers were a cheap price to pay.)

So when I arrived at UF, I was computerless (though I brought a giant box of Apple disks in case, I don’t know, I bumped into somebody who still had one).

That meant I had to do all of my writing at the CSE (Computer Science Engineering) building at UF, where there was a huge ground floor computer lab with rows and rows of computers.

There were a few basic phases of my writing at UF:

I never took a single creative writing class at UF, mostly because I was terrified to be told that I sucked. I managed to write two works of meta-fiction in lieu of research papers for a couple of classes, though that was hardly playing the varsity team; those professors were probably relieved not to read turgid declarative interpretations of 17th century drama.

Though even my turgid declarative interpretative papers tried to be entertaining, at least:

In one of my classes, a student seated in front of me noticed I was line-editing one of my stories and she asked if she could read it. That started a semester of me handing us handing pages back and forth, and the result became a story called “The Trespasser” which appeared eight years later in Cemetery Dance.

(Cool story: I was a Republican back then, largely as an act of deeply repressed rebellion, and I was wearing a Jeb! t-shirt on campus one day when I bumped into my editing friend. Her face seemed to sharpen into a cone of utter revulsion, and she never spoke to me again. Maybe I deserved it.)

In 1994 before I graduated, I got “serious” about writing, which unfortunately meant reading a lot of Writers Digest books, studying psychology for characterization, and outlining a Grand Unified Theory of how I’d write my fiction. Once I had all of that in hand, I’d be ready to start.

If I could go back and give myself some writing advice, I’d tell myself these things:

The Macintosh might have won, but there was no way I could afford one of my own, and the writing was pretty much on the wall for IBMs being in every office.

The advent of these IBM compatibles was really more or less the end of computing as a hobby for me. After this, it was some programming at work in Visual Basic or .NET, some assembly and repair of computers, and a whole bunch of angry video gaming.

They become appliances after that, which I rather regret.

One thought on “My Computer History: IBM PS/2 vs. Macintosh IIsi” 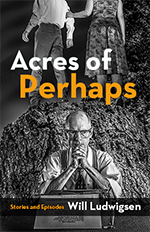 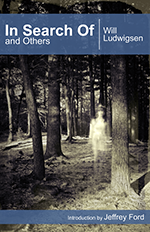